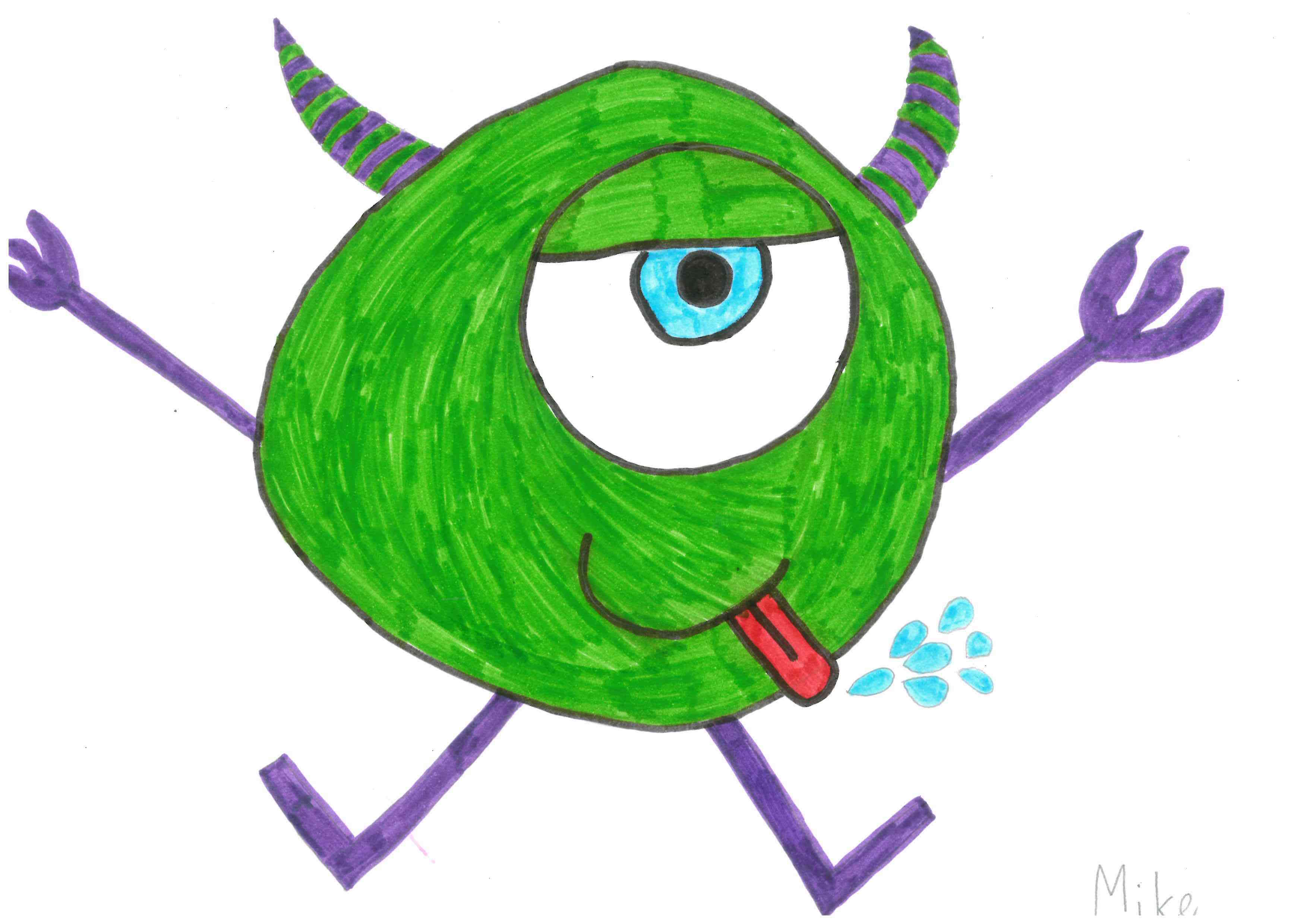 The Monster project is back - this time we are teaming up with 5SK in North Queensland. Kids exchange monsters descriptions, then draw their buddy's monsters. 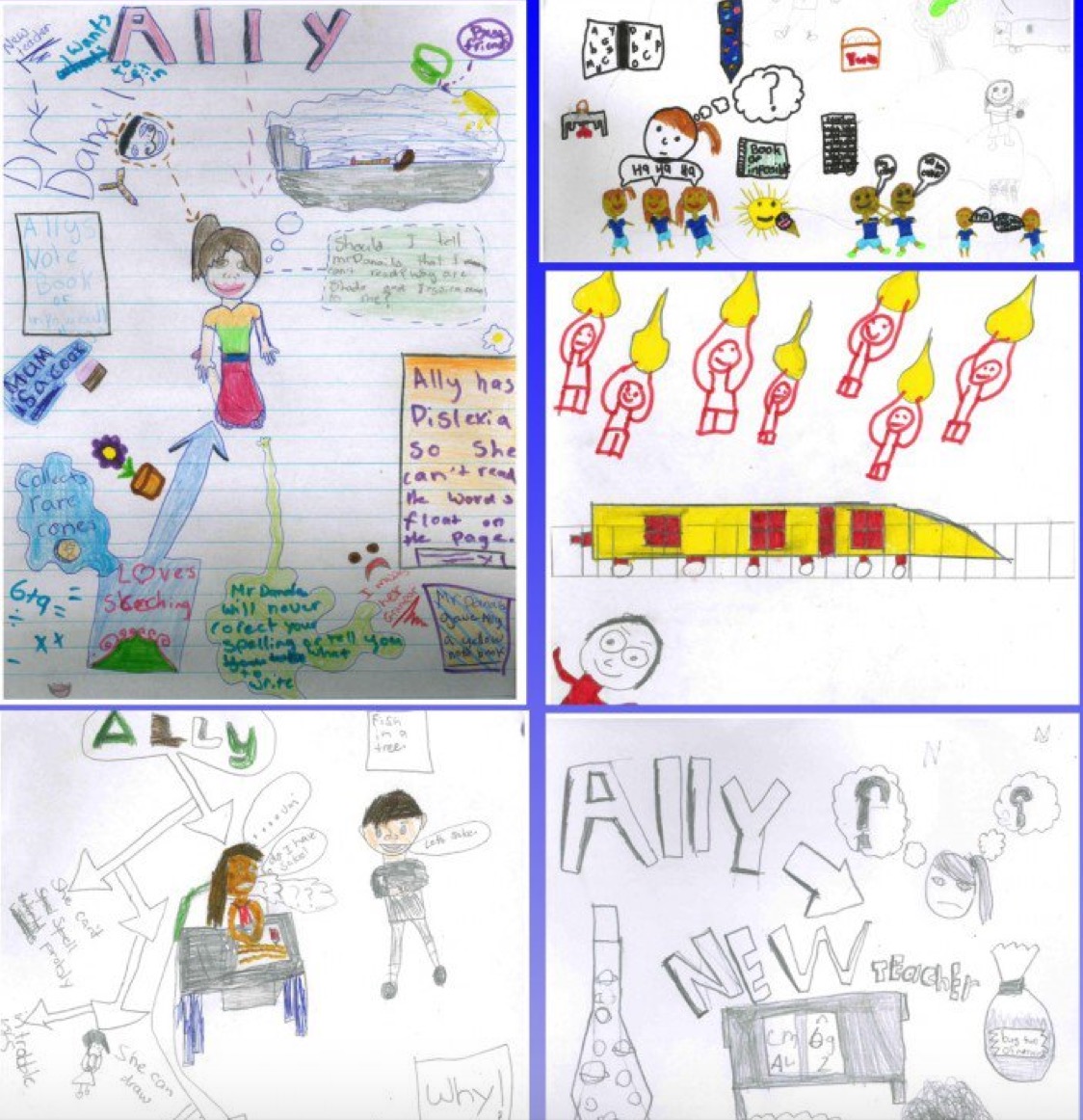 Last week, we learnt about "sketchnoting", the art of taking visual notes as we listen to a speaker. The students created sketchnotes whilst listening to the story of Ally, from our GRA novel, Fish

This Voki is a lovely example of the type of spontaneous collaboration our students demonstrated during the 'Cindy, Ann & Bones and The Temple Of Boom' movie project:

Our class novel this term is The One And Only Ivan by Katherine Applegate. The book is inspired by the true story of a Silverback Gorilla who spent 30 years of his life in captivity. This afternoon, we trialled the use of the website Padlet to record our predictions about the book:

Congratulations to Bri and Holly, whose stories were selected for the 100 Word Challenge Special Showcase for week 36! Week 36’s challenge was a photo prompt.

To have another two writers selected for the Special Showcase is an honour and the news provided us with strong feelings of excitement and pride! Well done to all our writers, keep reading and keep writing!

Visit the 100 Word Challenge Showcase to view all the fantastic stories that were selected for week 36.

Visit the weekly links under the tab “100 Word Challenge” to read our weekly entries. Leave us a comment! 🙂

I love it when we can use skills we have learnt in the classroom and apply them to a real-life situation. It is often then that the best learning occurs.

Earlier this year, in April, there was an incident during the small schools’ District Sports Day March when a local business representative handed out balloons to our students as they were marching down the main street. Although the person’s intention was not to create a hazard, the result was indeed a dangerous situation: as balloons were being handed to them, small students in particular started to rush to grab one, forgetting about the rules of safety and behaviour during the march, and this when the other side of the road was still open to traffic…

Upon our return to school, the students and I discussed this event, and we decided to write a persuasive letter to the business owners, to explain to them why we thought their advertising stint was really not a good idea!

We broke the class into four groups, and each group worked together to develop the four following arguments:

I contacted the business owner by phone to warn them that the letter was coming their way before I emailed it to them. The person did say that they would discuss the matter with their staff as they had not been aware at the time of the potential hazard.

Here are the developed paragraphs:

To start with, giving out balloons during the March was a terribly hazardous action. Young students lured by the balloons were forgetting the basic rules of safety, which exposed them to danger. On the day, as soon as one child was given a balloon, most of the small children wandered from their lines and rushed to also grab a balloon. This commotion increased the very real risk that children could accidentally come into the path of moving cars, putting themselves in terrible danger without even realising it. Do you really want to be responsible for such an accident?

Furthermore, distributing balloons to children during the District Schools Sports Day March caused chaos and disorder to our school’s procession. As balloons were being handed out, Mil Lel Primary School students became distracted and rushed out of line to receive a balloon. This caused our school to look disorderly on an occasion when students are meant to proudly represent their school to the Mount Gambier districts community. In addition, children from other schools did not receive balloons, which further caused Mil Lel students to seem turbulent and undisciplined. The distribution of balloons was an inconsiderate action that caused our School March to turn into an unruly display.

In addition, using unaware children for advertising is inappropriate. The young children in the March did not realise they were being used to publicise your company. This is a breach of a child’s rights. We won’t be used as human billboards! Moreover, did you know that to use children for advertising, you need to have permission? Parents and teachers were not aware of this activity and would definitely not have allowed it.

Lastly, everyone knows that littering is a horrible threat for the environment. When your business handed out those balloons, it was encouraging littering. Small children don’t really know any better and are likely to let the balloons go up in the sky. After a while, these balloons deteriorate and fall to Earth. Rubbish like balloons will wash out to sea which may cause ocean animals to suffocate. In addition, the balloons were filled with play money. Small children will play with it and because they are at a sporting event, they are likely to drop it and therefore create more littering.

This is a good example of a situation where our class has been able to use their persuasive writing skills in a real-life situation. Hopefully, we were successful in effecting change and this will not happen again next year!

When we create new content such as a PowerPoint presentation, a poster for a history assignment or a new post for our blog, it is important to understand that we can’t just copy any images we want from the Internet and insert them into our work. Such images – whether they are photos or drawings – are protected by copyright. To use these images without permission is illegal.

Fortunately, many images can be found on the Internet that were created by people who are happy to make their work available to the public. Creative Commons is a non-profit organisation that provides authors with licences to share their work in this way. We can use images with a Creative Commons licence as long as we attribute the image. To attribute an image means adding a caption to state the name of the image’s author and the source of the image – where it comes from.

Here is an example of an image I found on FlickrCC. I might like to use this image when planning a presentation on Roman Mosaics. Notice how the image is attributed to its author in the caption. 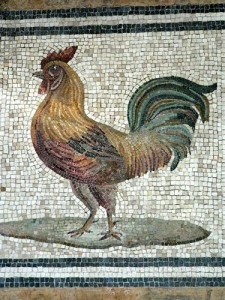 Over the next couple of weeks, we will be learning more about using Creative Common media in our work – and keeping our digital footprint positive! 🙂