On Thursday morning last week, two classes, somewhere in the world, pretended it was…

Our class and Mrs Sutton’s class in Lisle, Illinois, got together on Thursday 30th October, 9.30am for an amazing Skype session! Well actually, for our buddies in Illinois, it was Wednesday 29th October, 6pm! All our buddies had to come back to school after school so we could find a time when we were all awake together!

The Skype session was fantastic. Everything went well with the connection and we hooked up at exactly the time we had planned. We had an agenda that we followed precisely. Designated speakers introduced topics and asked questions. We found that that was a very important part of the success of the Skype, because although there was no actual lag to speak of, it is still tricky to get 44 people interacting together using only two microphones and two cameras!

Our two classes have been collaborating together for a few weeks now. We use online tools such as Edmodo and Padlet to work together. This was the first time we were able to interact in real time, though. Because we have been working on a Halloween Monster Project, we decided that everyone could dress up! So there was much, much anticipation and excitement for the Skyping session. Despite this, all the children (42 of them!), behaved very sensibly and calmly, which allowed us to have a successful Spyke experience. 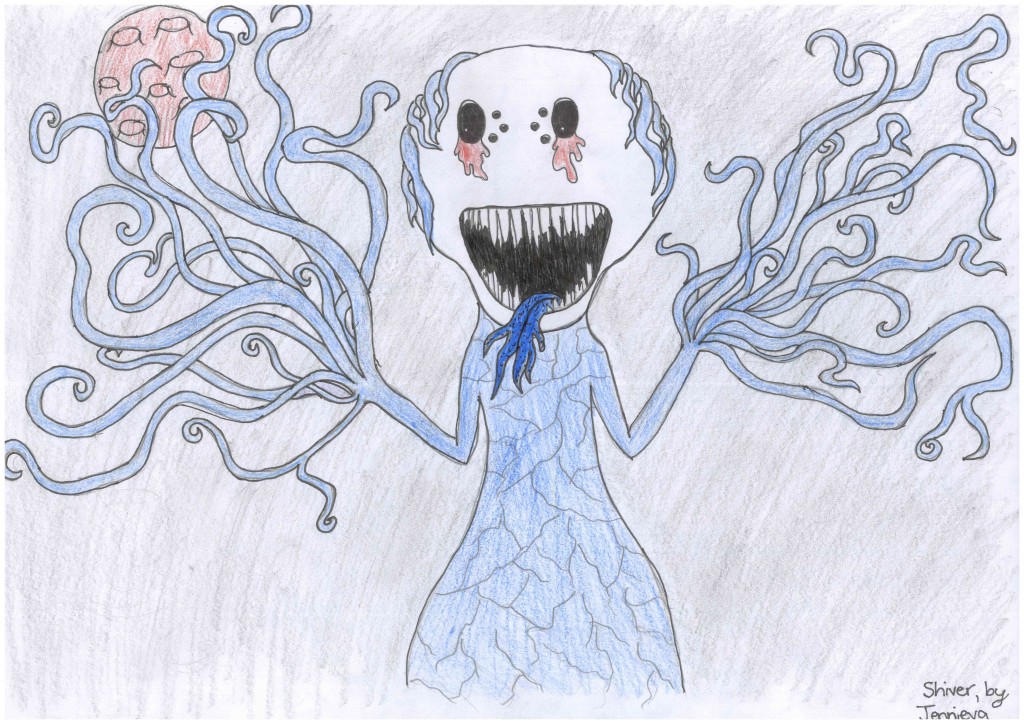 My monster’s name is Shiver, and it is very scary. It basically has a human body (I didn’t draw the body any lower than the hips. By The Way, the hips are very wide), with very long, curly, tentacles as fingers. Its body is blue, and has cracks from its chest down. Its arms and hands don’t have cracks. Its mouth is very long and wide, and it has long jagged teeth. Inside its mouth is black. Its tongue is dark blue, and splits into five curvy tentacle like parts. (This is only part of Jennieva’s description).

Soon, we will publish an e-book that we will share on the blog, to show all the Monsters – the original ones, and the ones drawn only from descriptions – created by our two classes.

Hopefully, we will get to skype another time before the end of the year… perhaps to talk about an Australian tradition this time: Christmas at the beach…? 😉